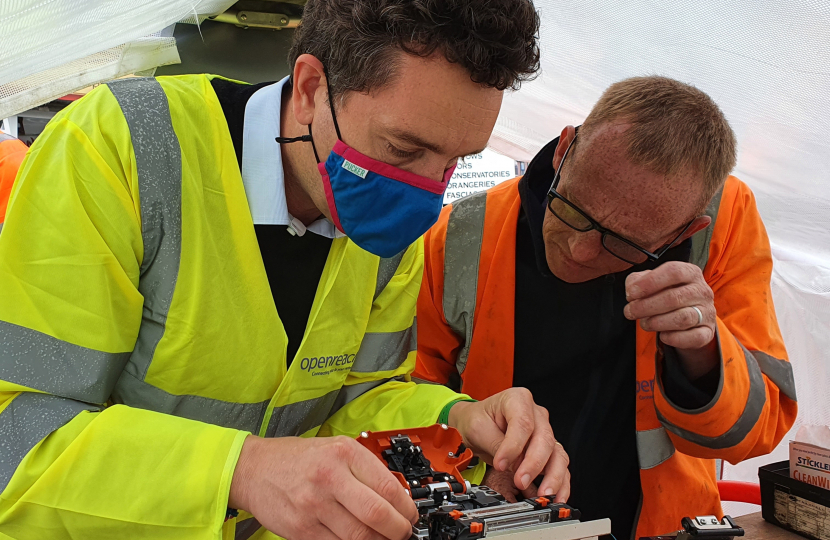 Recently released figures show that all regions of the UK will benefit from faster and more reliable broadband.

Those living and working in rural areas can enjoy 21st Century speeds, making their lives easier, more productive, and levelling up every corner of the UK.

Edward Timpson CBE QC, Member of Parliament for Eddisbury, has welcomed the news that 65.87 per cent of homes and businesses across the North West will now have access to fast and reliable internet.

This is a meteoric rise since 2019, when national Gigabit coverage stood at just 7 per cent.

This demonstrates levelling-up in action, with nearly 20 million premises connected since 2019, and turbocharged progress by industry towards the Government’s target of 85 per cent coverage by 2025.

The rate at which Gigabit-capable internet connections are installed has increased threefold, ensuring more homes and businesses do not have to wait to have access to the internet speeds they need.

“Lightning-fast broadband is vital to levelling up towns and villages across Cheshire, but for too long hard-to-reach areas in the North West have suffered from slow internet speeds.

“That is why I am delighted that the Government’s £5 billion Project Gigabit is making progress across the UK, with 20 million premises connected since 2019.

“The Government’s commitment to full-fibre internet has been reflected in a 44.5 per cent increase in coverage in Eddisbury since my election in 2019.

“This progress means businesses and organisations can tap into rapid and reliable internet, unleashing their potential, harnessing opportunities, and driving growth across the country.”

“Thousands of hard-to-reach homes and businesses in the region will get access to faster connections, and join the 20 million properties we’ve helped connect over the last three years.

“The benefits of better broadband connectivity cannot be underestimated, and this work will mean those living in rural areas can enjoy 21st Century speeds in the home and the workplace, making their lives easier and more productive.”